It has been a while since I last wrote a D&D post regarding the current game I am running, well here it is! I have decided to focus less on writing something every single game and just writing something on whatever the most recent game was, so these posts may become a little bit disjointed. It’s less about the whole connecting story and more about how I created certain adventures or where I hope to go with the campaign in the future. So here goes.

The players are part of an adventurers guild who help the surrounding towns and villages whenever they call for aid. The party had experienced a couple of weeks of peace except for the odd goblin attack. The party awoke from their slumber and went down into the guild hall tavern, and were then requested to go help one of two locations.

They chose to go to a local village that had reports of swarming undead from a nearby ruin. They attempted to fight back these undead whilst pressing forward in hopes of finding the source, which they did! They turn off the source of the undead and suddenly all of the party members were pulled into a portal and transported somewhere random (random based on a series of portals around the map). 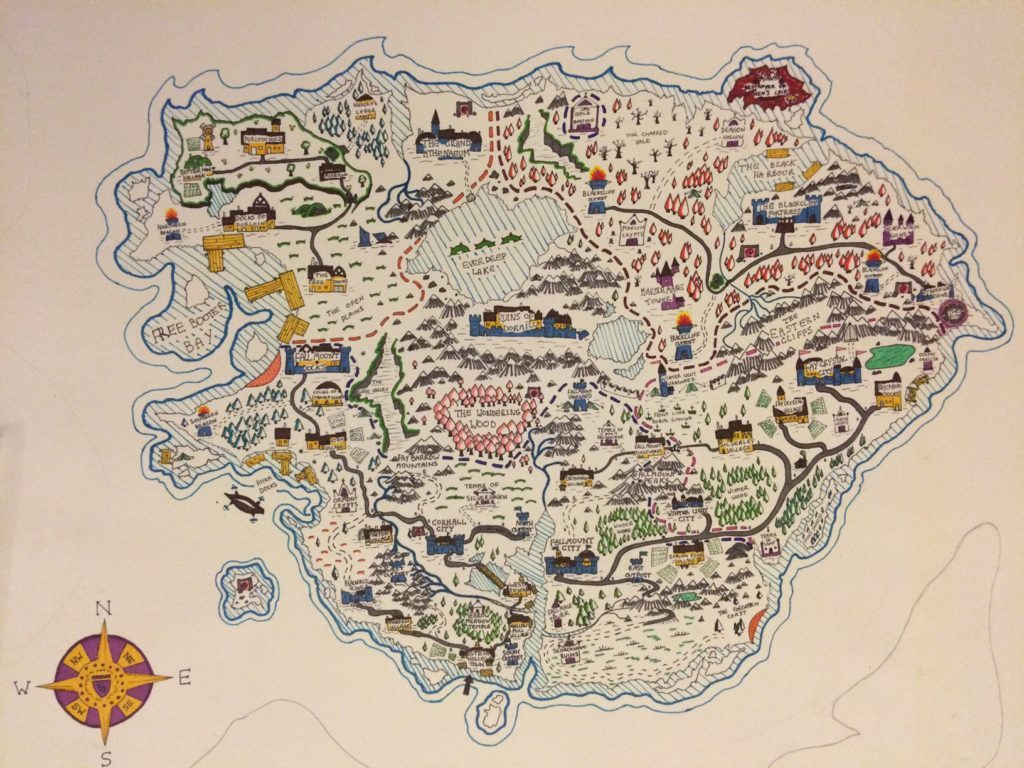 They ended up landing in the Wondering Wood, the pink forest in the centre of the map. For me, this is probably one of the best locations they could have ended up in, along with the Athenaeum and maybe Corhall City. The Wondering Wood will introduce a sense of adventure and danger as the characters have been used to the luxuries of eating and sleeping inside the guild hall tavern most nights.

Introducing a sense of danger and urgency will allow me to introduce a couple of things that we haven’t kept track of for a while, like travel speed, food rations and keeping watch at night. This will hopefully make the current adventure exciting and make the story feel like a continuation rather than small random adventures that don’t really link together.

If all goes to plan then the characters should be investigating unknown territories and let me bring more dungeons into the game wherever they may wander in the wondering wood. That also gives me a reason to use my dungeon tiles and traps! 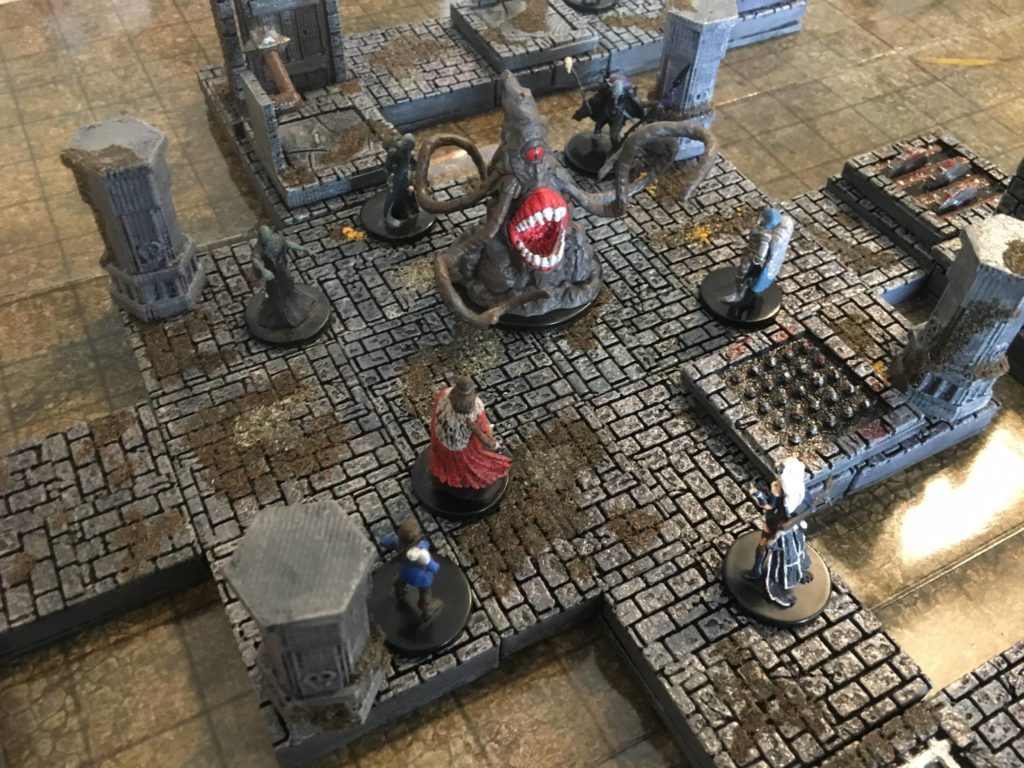 My plan for next session is to focus on surviving the wild and taking closer stock of all the inventory that each player has. This should give them a sense of value on things that seem trivial at the moment, like food rations and finding water. It should also make them look into their skills, feats and backgrounds to see if they can provide anything useful to the party in times of need.

This has just been a complete rambling of thoughts, but hopefully someone out there finds this helpful and can take from it whatever they feel is useful for their games.

We use functional and analytical cookies on our site. Please let us know if you agree to all of these cookies. I Agree