This week i’m creating a new continent, I don’t recommend this to new dungeon masters as most of the content I am making won’t get used, I just enjoy creating a large place I can refer back to and maybe have NPCs mention certain areas. Then if any of the players in my game really want to visit somewhere, I can flesh it out a bit more and come back to the next session with that small place ready to explore.

Below is the map which I definitely went over board on, but I enjoyed it and that’s what counts, let me know what you think of the map in the comments. 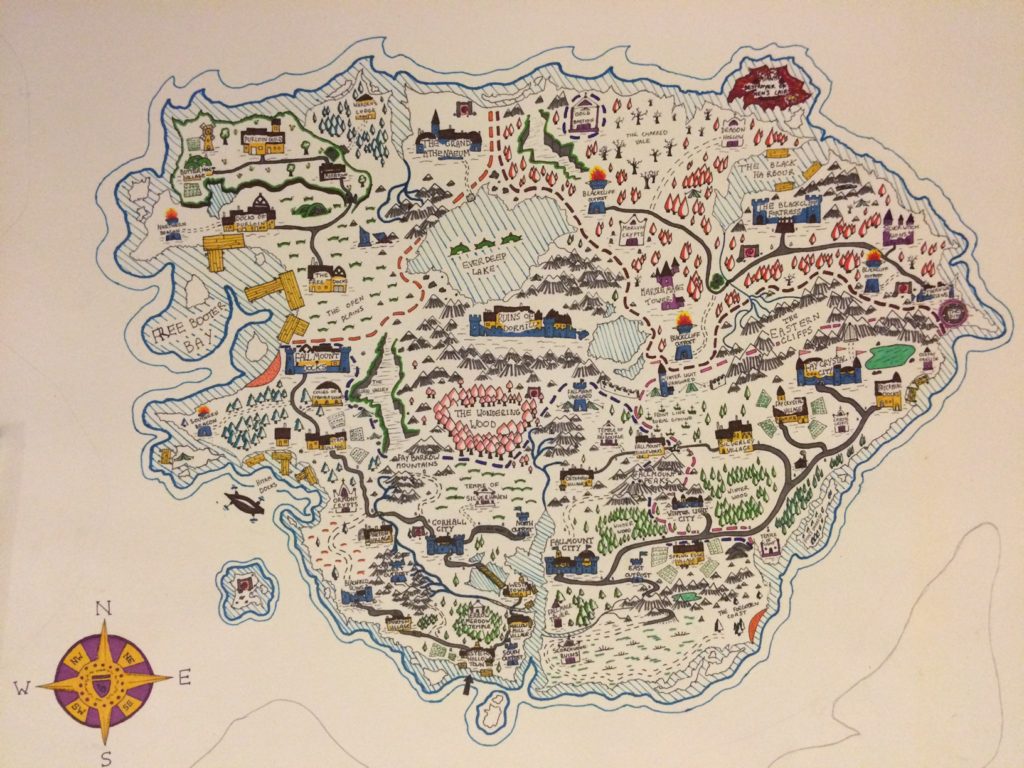 I tried to keep the symbols on the map all the same, so if you see a ruins they all look the same and the temples as well. If I decided to re-draw the map I would make the typography a lot clearer than I did here, but this was my first major map and i’m fairly happy with it.

The Focus of The Campaign

The main idea I wanted to go with for the campaign was a faction of adventurers throughout the lands that had guild halls located in cities, and some towns. These guild halls would be run by ex adventurers, so they would be tough, have great knowledge but required aid of the newer younger adventurers. This faction would allow the group to have a central point to go back to if they didn’t know what they should be doing or if I had guided them incorrectly.

The first play through I made each adventurer enter the trial room and face a random monster, this was a great way to introduce the setting for my players and also introduce new players to how D&D works. They start off by rolling a D6 and get given a random monster based on that roll, which teaches them out the whole game works, you roll and your roll determines what happens. Next they then get into a small amount of combat one on one and can watch more experienced players take their turns first, it worked great and i’ll probably do something similar in all of my new campaigns.

So the initial focus is the adventurers guild hall that require new adventurers to come help the citizens of the town. 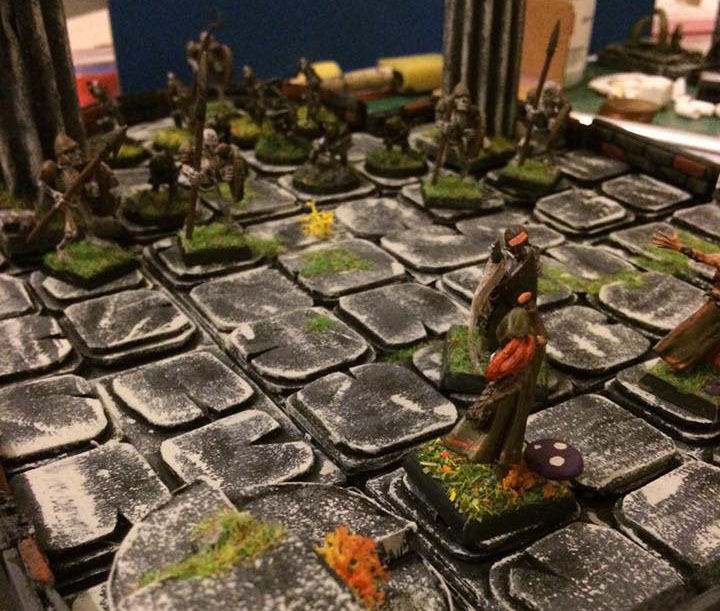 For this first campaign I wanted to have the adventurers start somewhere near the coast to give them the option of creating as much lore as they wished around the roots of their character and if it was too outlandish I could fall back on them coming into the town from the harbour (i.e. your land is distance and we probably won’t visit for a long time). So the first city our adventurers will start in is called Ester Hollow. You can see it at the lower middle part of the map, just to the left of the main river coming inland. There is also a fairly large black arrow on the bottom edge of the map. 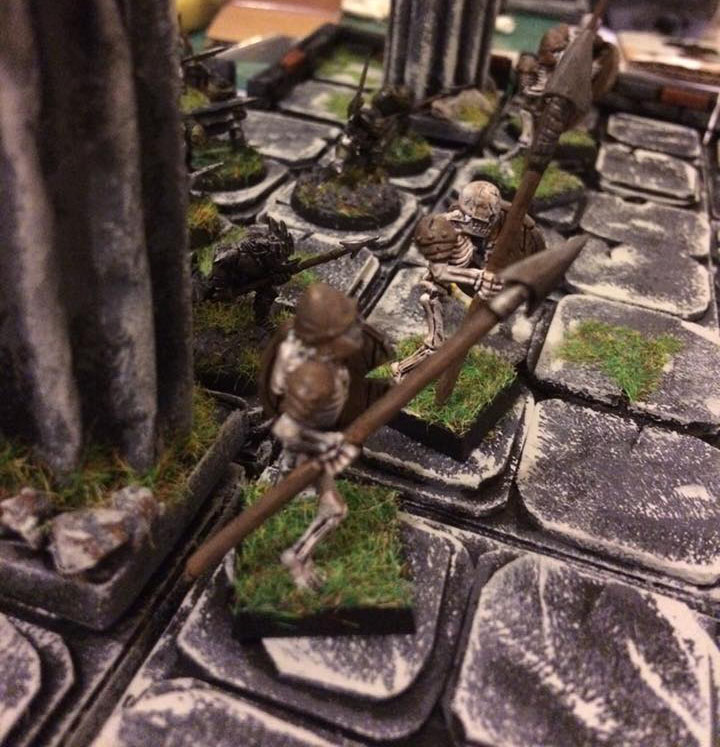 I have an idea already about the greater evil, a classic sorcerer that has created three locations of power around the outside of ester hollow creating a triangle around the outside of Ester Hollow. Each time the group would go on a quest they would eventually meet up with a room or dungeon with a series of runes leading to the other two locations. This gave them some direction to go in and hinted towards something larger at work than just the crazy goblins in a cave or skeletons inside the tower nearby. 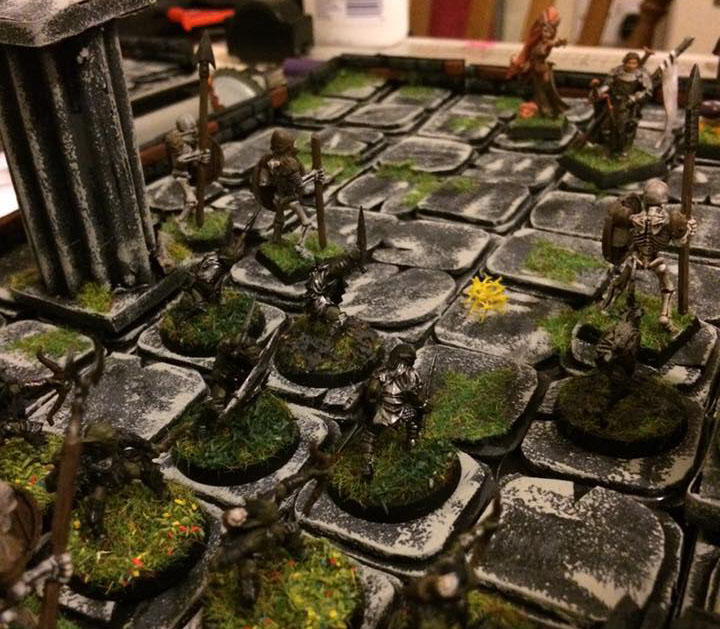 That’s all i’ve thought about so far, i’ll update these blogs whenever I create any more story or NPCs for you guys to enjoy.

Let me know about your D&D adventures in the comments below.

We use functional and analytical cookies on our site. Please let us know if you agree to all of these cookies. I Agree